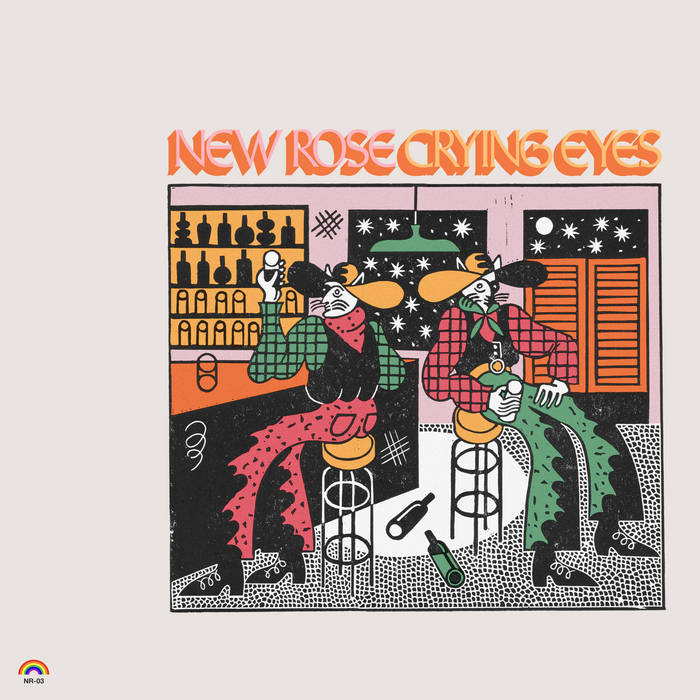 It seems to me that there’s something very American, and I’ll go even further and say, something very Southern Californian, about relaxation with a side of menace. The sky is blue, the sun is shining, the water in the pool ripples subtly in the warm breeze… and yet, despite all this, we sense a hint of melancholy in the air, an intimation of danger, a strum of approaching despair. We are so lucky to be here, in this beautiful canyon, by the beautiful pool, with our young, handsome, promising friends—so lucky that our luck can’t possibly hold out for much longer. This feeling finds one of its best expressions in L.A. music of the late ‘60s and early ‘70s: the Beach Boys, for sure, but also the Byrds, and, following them, Gram Parsons, and the Stones in their “Exile on Main Street” period, which, while recorded by a British band channeling Nashville in the South of France, nonetheless has that very particular haunted-in-the-midst-of-indulgence, dark Los Angeles vibe. In the essay “Rosewood Casket,” Eve Babitz chronicles the doomed L.A. friendship between Parsons and Keith Richards, who she calls “James Byrns” and “Jack Hunter.” “This was the year everyone, all the rock stars, were wearing satin pants which looked like cloisonné colors from China,” she writes. “James and Hunter wore translucent India cotton shirts, the kind with embroidery and mirror sequins and all the girls wanted to lick the salt off their unbuttoned fronts.” She continues: “They looked beautiful, but you couldn’t look too long.”
A beauty that can turn into its opposite at any moment is also what comes to mind when listening to New Rose’s “Crying Eyes,” the band’s second album—which makes a sort of sense, partly because Al Perkins, who recorded steel guitar on both of Parson’s solo records, as well as on the Stones’s “Torn and Frayed,” off “Exile,” plays on several tracks. The band is New York-based, but their songs’ gorgeous, lilting melodies and soothing harmonies lull us with the promise of a chill redemption that is not un-California. Everything’s gonna be all right, baby, the languid, rhythmic strumming and drawling vocals tell us. Nothing really bad has happened yet, and it might, and probably will, but in the meantime, let us kick back. As Babitz writes, “In L.A., when someone gets corrupt, it always takes place out by the pool.”

Bandcamp Daily  your guide to the world of Bandcamp

Featuring interviews with the mighty Hiatus Kaiyote and genre-busting L'Rain.